Miroslav Klimeš: There’s always one way to handle it 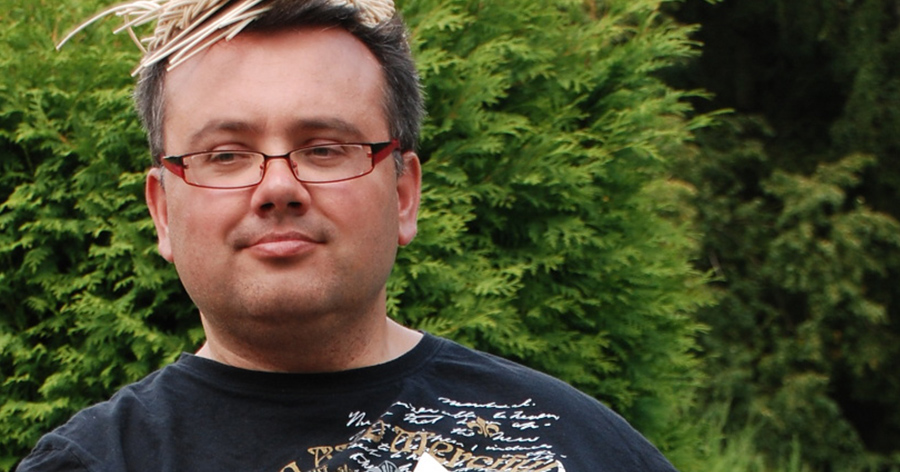 Miroslav Klimeš used to be an active father of two young children. He and his wife Hana lived in a family house. He used to have a joinery company, he employed five people, and he was great in his business. Everything changed in 2007. Miroslav jumped in the pool at his friend’s house on New Year’s Eve. “I misjudged the pool. There was plenty of water in it, but I thought it was deeper,” Miroslav recalls. Although he hit his head against the bottom and damaged his spinal cord, he remained conscious immediately after the injury. “I couldn’t feel my arms and legs; I couldn’t lift my head above the surface. I thought I had to be calm so that I wouldn’t run out of oxygen. So, I closed my eyes and waited for someone to notice me,” says Miroslav. Luckily, the friends noticed in time that Miroslav was not moving and pulled him out.

The worst part was the separation from the family

For the next three months, Miroslav was in the spinal department. “We had to wait for the space to be released. And then, for the next eight months, I intensively rehabilitated in Luže. That’s where they gradually put me together,” he says. He adds that the worst thing about rehab was not to realize that he would never walk again, but that he wasn’t with his family. “I missed them so much. When I could, they would follow me at least once a week, sometimes I would get a pass, and I would follow them. But it was different than living together and seeing each other every day,” he says. Along with a stay in the spinal department, he eventually returned home after almost a year.

While Miroslav was intensively rehabilitated, his wife Hanka transformed the house, in which they had lived until then, into barrier-free housing. “She did it all on her own. Thanks to her, I was able to come home,” saying that his face is of respect and gratitude. Fortunately, the Klimeš family house was well located and built in such a way that it could quickly adapt to new needs. Miroslav had to sell the company after the accident, as quadriplegic could not return to the carpentry. “I initially thought it would work, but in the end, I was happy to be able to raise my hand like this in front of my mouth. I can do so little without help today. There was no talk about work.”

When he tells his story, most of the time he smiles, the words are easily found, he tells it in a relaxed way. He says he never complained. “Of course, it bothered me at first. But then I met other wheelchair users in Luže. This was the very first time I spoke to someone who had a spinal injury. I used to know that wheelchair users existed, but that I knew someone personally and knew what happened to them, no,” he recalls. He says that after being with his family, he was most grateful for the experience of people who had been in a wheelchair for a long time. “Other people in Luže have told me that there’s always a way to do it. And I finally found out that there’s always a way to do it. Although I still need someone’s help,” he explains.

You won’t notice a pitiful tone of anger in his voice. But there is joy. “I am grateful every time I can do something. When I’m good at something, and I can do it myself,” he says. And he is elated when he talks about his wife and kids. He seems ultimately at peace with the fact that things are as they are. “It’s usually cool. But that’s thanks to the people I have around me. I’ve always had a wife and children. I was helped a lot by wheelchair users and workers in Luže, also in Fenix. If I didn’t have these people, I would never have come to put up with the injury so easily,” he admits, and again knows how grateful he is. “I have some decubitus, but I’m trying to relax because I have to. But only as much as I have to. Otherwise, I want to be with people and do something. If I had to lie still… It’s very long in that bed,” he says. Miroslav’s glass is always half full. Did he use to be like that before the accident? For the first time, he hesitates for an interview. “I don’t know, maybe. I guess so. Ask someone who knew me before,” he adds, smiling again.